This small and lightweight basket is suitable for bringing Easter eggs to friends and family! Or instead, fill it with gingerbread, apples, or cupcakes, and you have the most adorable gift for someone you love!

Cheerful colors make this basket an all time children’s favorite, too – and how nice it is to bring it to the forest for berrypicking!

The basket is made of natural veta vera grass straw, handles are covered with goatskin. Avoid long-time use in humid conditions. Should the basket loose its shape, hydrate it lightly, and restore its initial form. Allow it to dry in a well-ventilated room. Colors may fade in contact with direct sunlight. Caution – this product may splinter! 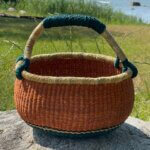 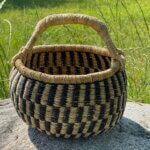 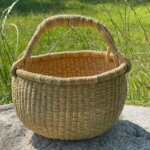 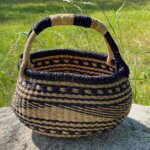 The Yen Pang Basket Weavers cooperation was established in 2014 in the Kongo village of northern Ghana, when Mondo offered the village women an opportunity to learn basket weaving. Having initially started off under a mango tree with eight women, the cooperation has now doubled in size, and has a small facility which was renovated with the help of Mondo. About half of the weavers are widowers, whose position in the society is low, and most of the women are illiterate. Weaving baskets offers them an important additional income after small farming. During fall 2014, Triin Kordemets was in the Kongo village as a volunteering designer, and a year later Anne-Liis Leht did the same, and their cooperation with the local artisans has led to the creation of the baskets being sold here. 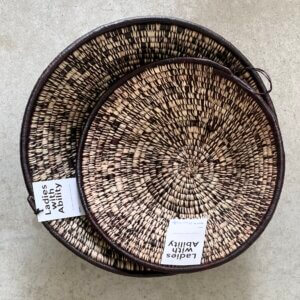 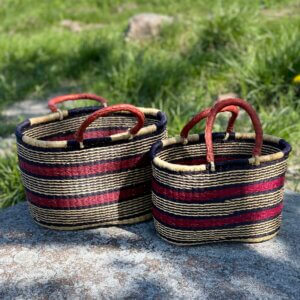 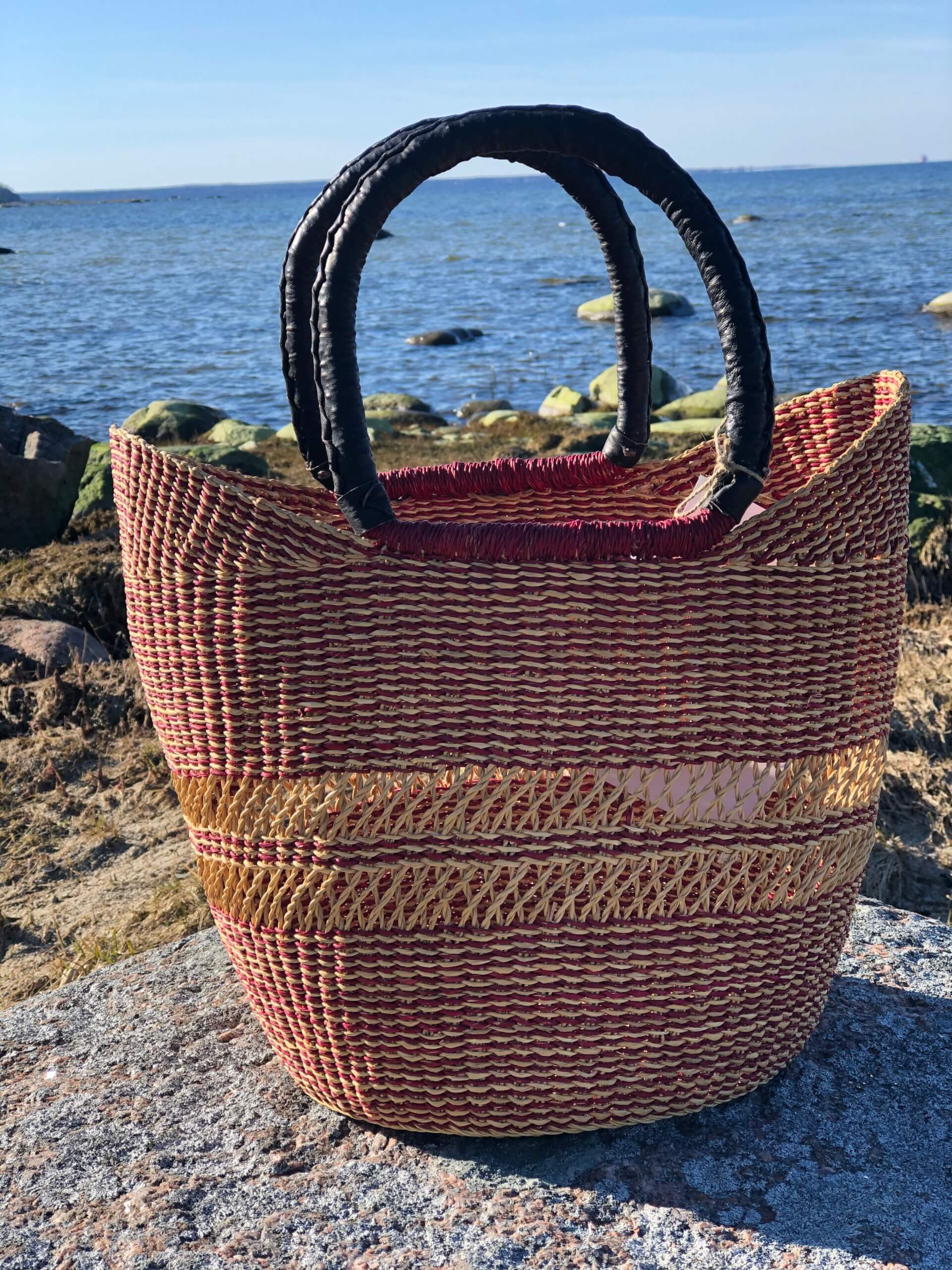 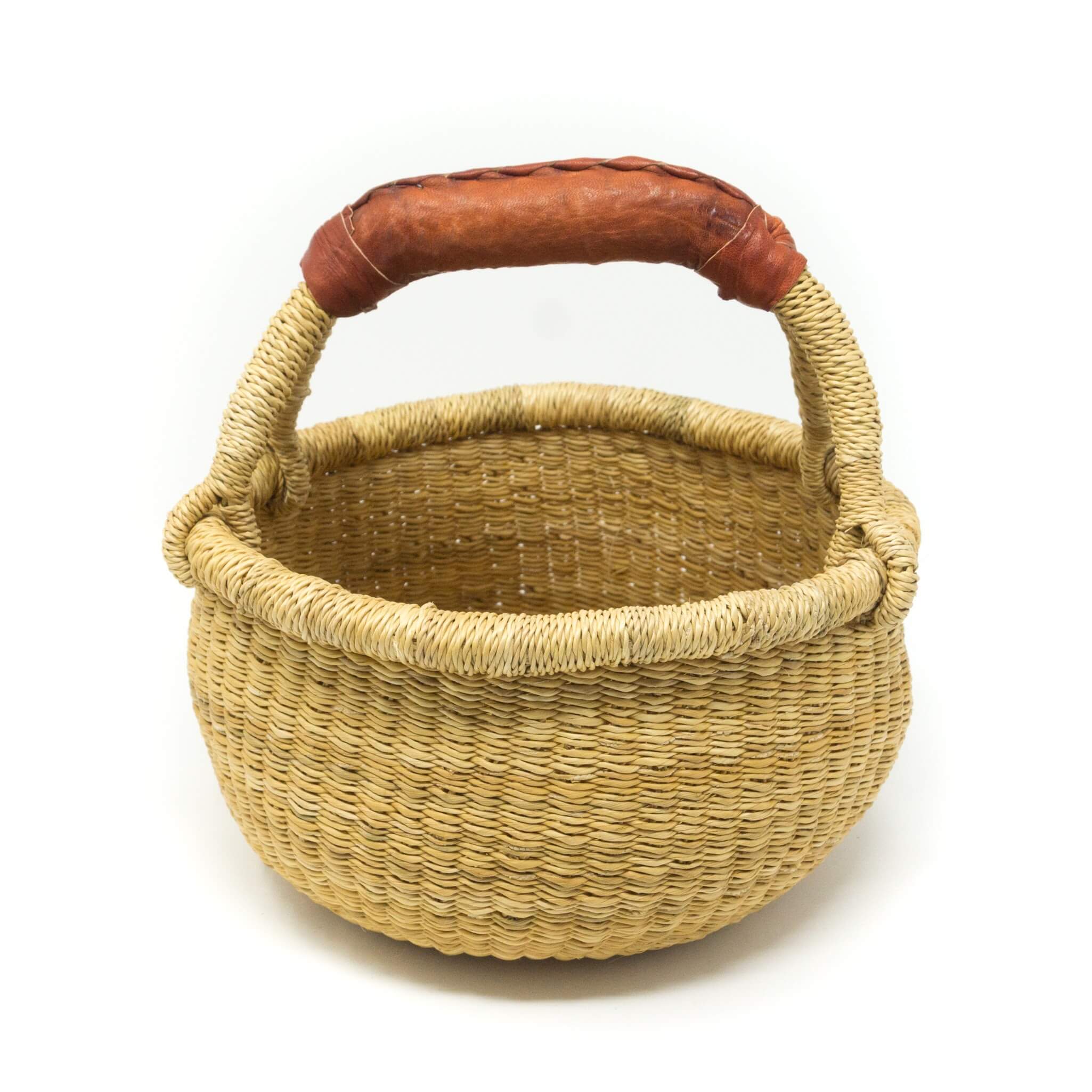