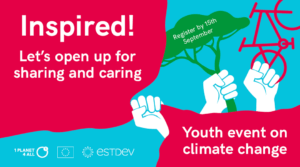 Mondo with 1Planet4All project partners invites young climate activists across Europe to join youth event on climate change on 30th of September taking place in Tallinn, Estonia and on the Zoom platform.  The focus of the event is to share stories and inspiration of action taken by youth on climate change. The morning session is

Scholarship for researching migration from Afghanistan

NGO Mondo is announcing an international scholarship competition intended for journalists and journalism students for researching migration from Afghanistan. We invite journalists of up to 35 years of age from Estonia, Finland, the Czech Republic, Slovakia and Poland to apply and establish international research groups. The size of one group is a minimum of three 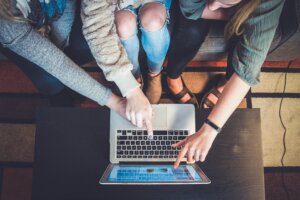 NGO Mondo announces a call for proposals in Germany

On 18 August 2020 NGO Mondo from Estonia announced the Call for proposals to support projects under the project “I Am European”: Migration Stories & Facts for the 21st Century! in the framework of “Raising public awareness of development issues and promoting development education in the European Union DEAR”. The aim of the project is

NGO Mondo announces a call for proposals in Latvia and Lithuania

On 18 August 2020 NGO Mondo from Estonia announced the Call for proposals to support projects under the project “I Am European”: Migration Stories & Facts for the 21st Century! in the framework of “Raising public awareness of development issues and promoting development education in the European Union DEAR”. The aim of the project is

NGO Mondo started a project “Grass-root campaigns for protecting basic rights”, from April 2013. The goal of the project is to raise awareness among young people about basic rights and active citizenship, using multimedia and internet, campaigns, social actions and information events. Mondo will help young people to establish their own documentary movie clubs, help

From the beginning of year 2013 NGO Mondo is implementing a three-year-long European campaing, which aims to raise awareness among the customers on the conditions of cocoa production and collect signatures for the petition, which demands European chocolate companies to ensure a fair payment to cocoa farmers. There are 4 partner organizations from Germany, Austria,

Youth of the World!

In March 2013, NGO Mondo is starting a new 3-year project funded by the European Commission (EuropeAid) with the aim of mainstreaming global education within the activities of youth organizations and structures, working in different spheres of youth work. The project is done in cooperation with NGOs from Austria, Bulgaria, Cyprus, Lithuania, Ghana and

The aim of the project “Global dimension in Social Sciences subjects” is to integrate DE themes across the Social Sciences curriculum, cooperate with national educational authorities to institutionalize DE in formal education, build a network among DE experts in Latvia, Estonia and the UK and other EU countries, develop a set of DE methodological materials

The goal of the training is to increase the activeness of teachers in promoting global education. To find possibilities for integrating global education to the lessons through value educations. Target group for the training are basic school and upper secondary school teachers. The foundation INNOVE supports the project in the framework of the measure “Decreasing

Watch and Change is a project bringing together young people who are interested in documentary films, faraway countries, global topics and human rights through the movement of documentary film clubs. In addition to film screenings and discussions organized by the youth, we offer trainings in the field of filmmaking and global issues, which take place